I just published the first release of Freemake. You can test it at https://distilledgames.itch.io/freemake
So far, it is more a tech demo than a game, only allowing you to walk around the initial map design shown earlier.

Your chars current position is indicated by the black circle. To move through the world, click or tap on an adjacent node.

To ensure a smooth presentation of in-game movements, I implemented a camera, which follows the player around. The implementation is based on the camera in DRTS but simplified since some features are not (yet) needed in Freemake. 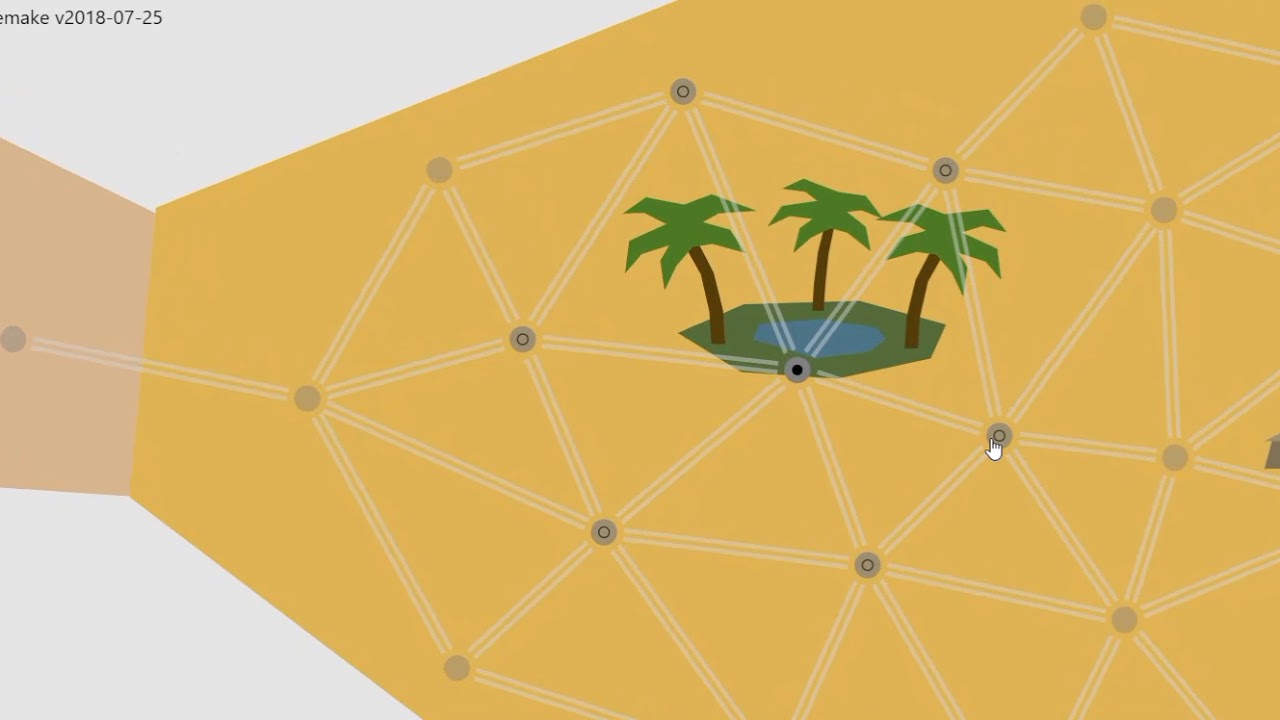 So far, I spent 23 hours on this project in total.

I added a new area to the game world. Beside the rocks in the desert, you will find an access to this new place.