Following the plan from last week, I expanded the web port of the DRTS game.

You can play this new version at https://distilledgames.itch.io/distilled-rts

In the upper right corner of the screen, you will now find a button to access the main navigation, and from there, you can start new games.
Besides the tutorial, you can also play on a larger map with a bot.
To make this a bit more of a challenge, I spent a few hours on building a basic behavior for the bot.
It will spread out, conquer more and more area on the map and eventually overrun you if you don’t act.

The screenshot below shows a game with the new bot and map. 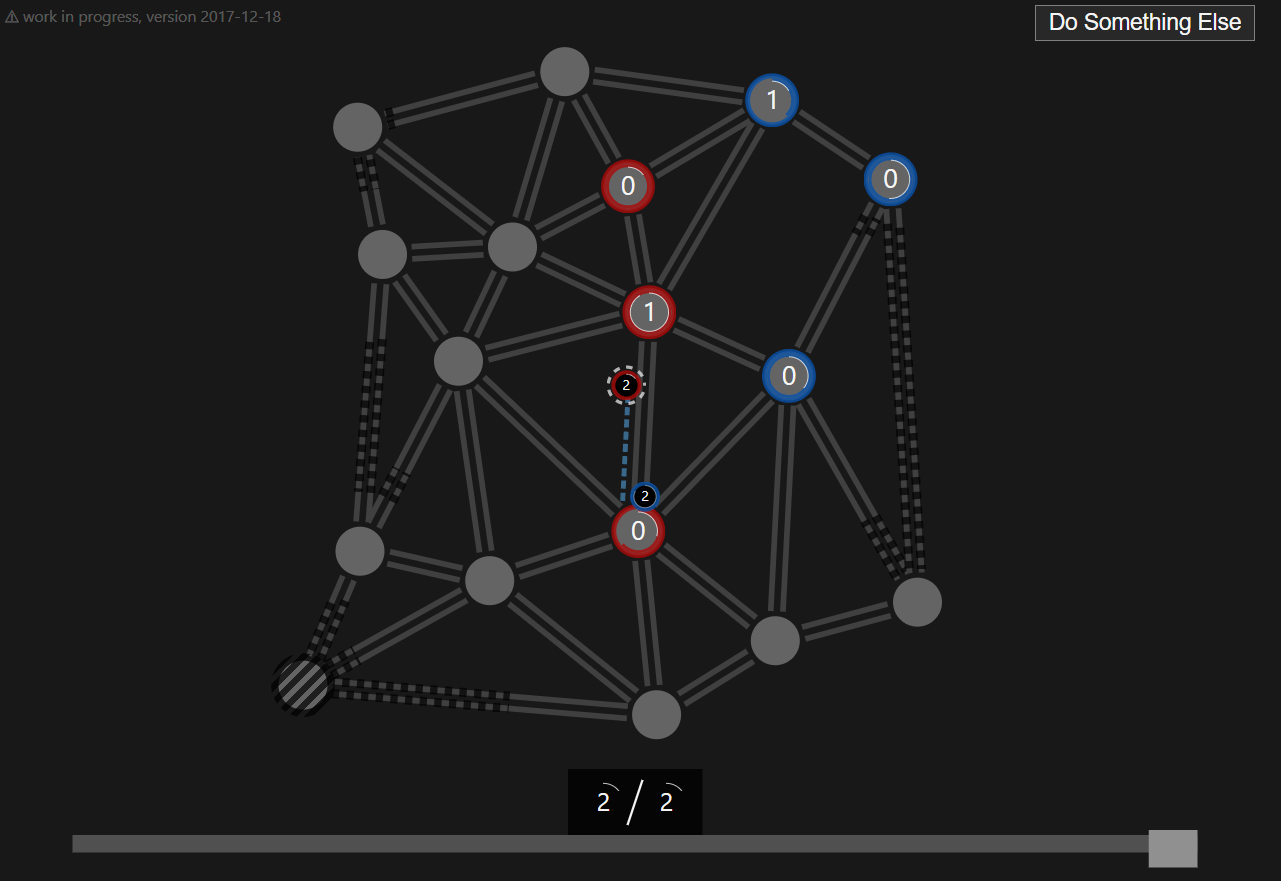