Planned changes to improve the tutorial and UI, based on playtest with Hugo

Last week, @hugosalsamix was so generous to help me with testing some of my games. He also played through the DRTS tutorial.
In this test, it became apparent that in the stages for unit splitting and for production, the guidance of the tutorial and general UI is insufficient.
Based on what I learned from Hugo, I made a list of planned changes to address this problem:

Is a pleasure to help you!

Game World Visualisation: Do not leave the player wondering why his unit suddenly disappeared or where it went: Expand the game world visuals to show a trace of a defeated unit. I remember some video games using tombstones for this.

Now using a fade-out transition to show a trace of the defeated unit for a limited timespan.

This video shows the current implementation: 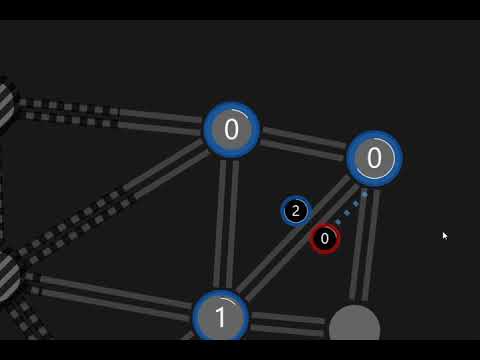 I guess the existing circly visualization and balloon-pop sound led to this idea for how to visualize defeated units.